An exciting new initiative is in place at Cheltenham Town.

One of our young fans is taking on the role of Ambassador to the Club for this season.

Noah Millington, along with dad and sister Daisy, started regularly coming along to watch Cheltenham last season and have now become season ticket holders for the season ahead.

The Millington family and supporter liaison team have worked together alongside the Club and Community Trust to explore the matchday experience for children with special needs. During the summer break, pupils, and staff from Alderman Knight School, where Noah and Daisy attend, and students from the National Star centre visited the Completely- Suzuki Stadium for guided tours.

Working with Noah, his dad John, and his teachers has enabled us to develop a role for Noah as Club Ambassador this season.

Noah feels very excited about this and at the same time a little nervous. He says, “I also feel very proud about it and want to tell all my friends how good it is to go and watch the games”. 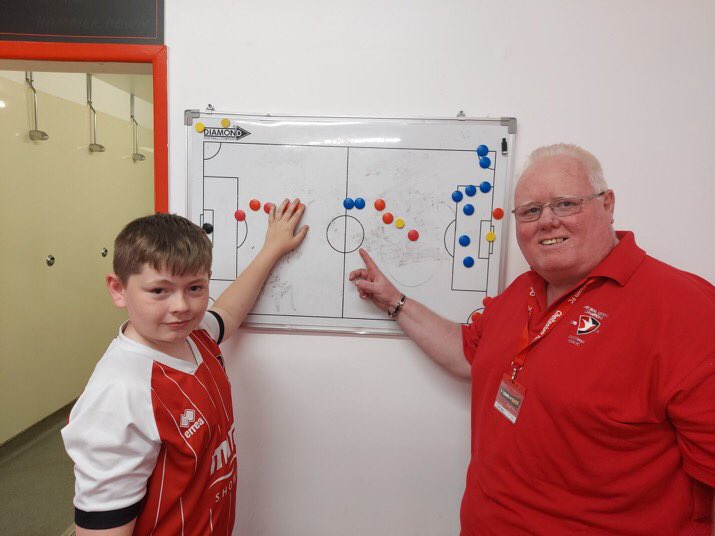 Noah hopes Cheltenham will do well this season. He says “I would like them to win the league, but I know that is a lot to say. I think if we can stay in this league, it would be a big thing. I would like us to have a good Cup run as well and play another big team at Cheltenham”

Noah will be using his experiences at the Club to share with his fellow pupils and teachers at Alderman Knight School through assemblies and notice boards. He has made a great start with an interview with BBC Points West ahead of the home friendly fixture with Birmingham City. Whilst Noah develops his knowledge about football at Cheltenham, we in turn hope to raise awareness of autism and further celebrate an inclusive atmosphere in our football community.